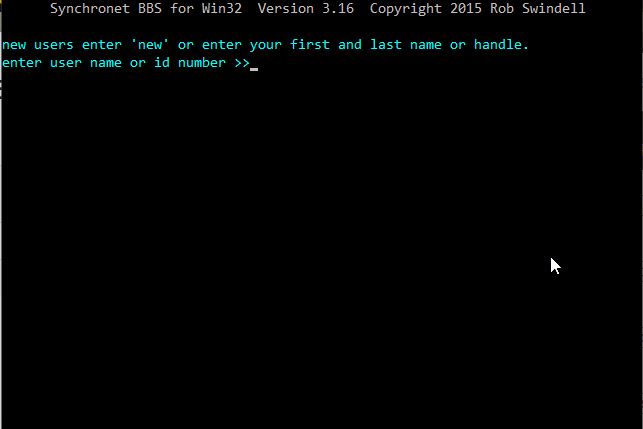 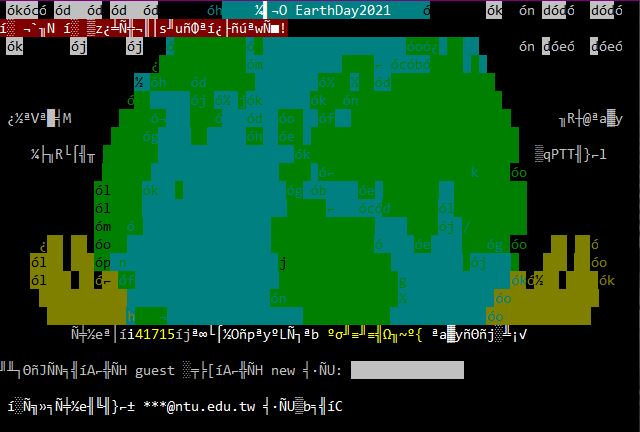 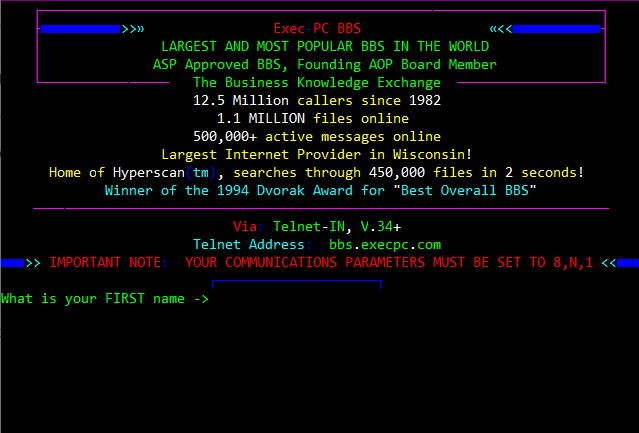 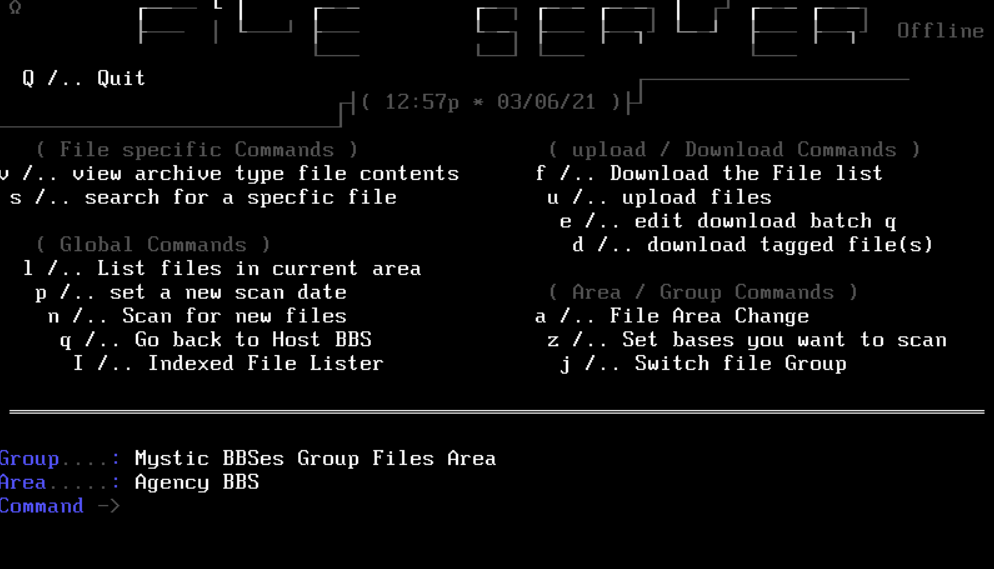 Another companion BBS for Sysops to add to their BBSes from the Sysop Solaris family . Sysop will need to contact me to get linked but all are welcome . If your a sysop and want to add a large file area to your BBS Email me at SysopSolaris@gmail.com 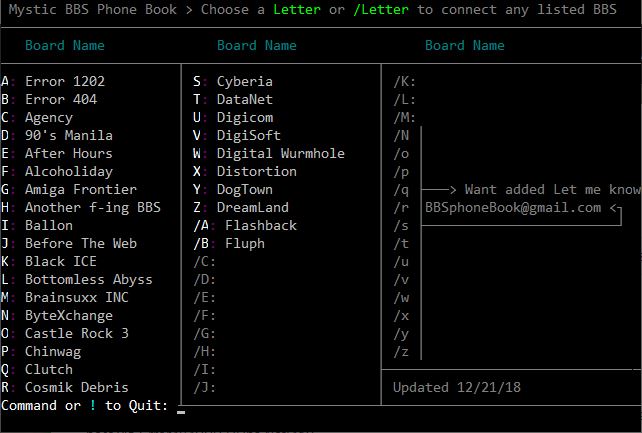 BBS Phone Book is a companion BBS for Sysops to add content to their boards. Users can also direct connect via Error404BBS.DDns.Net:419 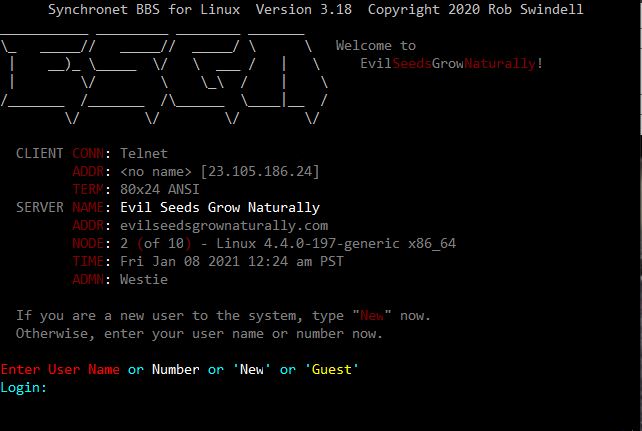 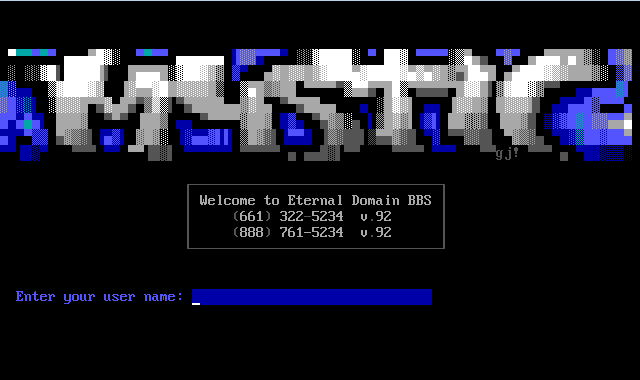 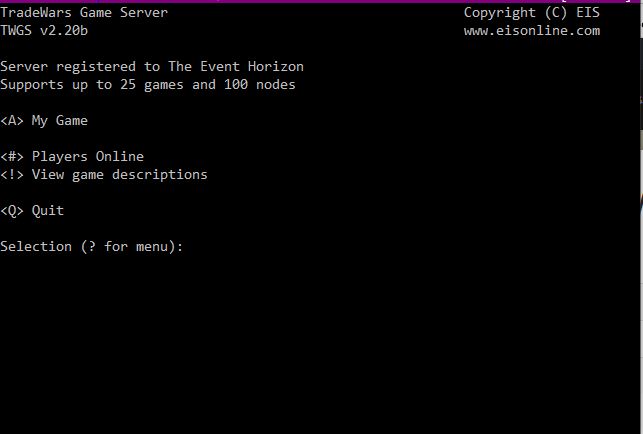 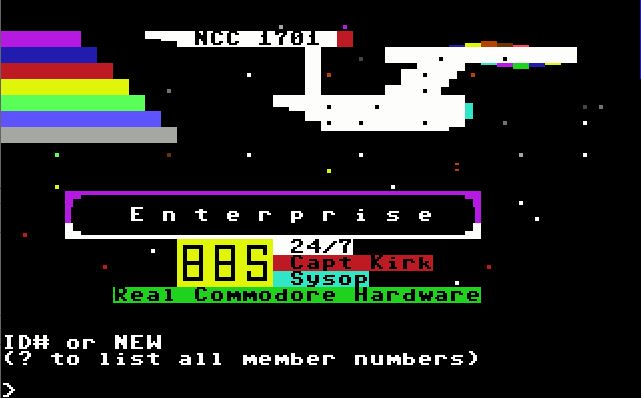 After 30 years in mothballs, the old girl is out of space dock… 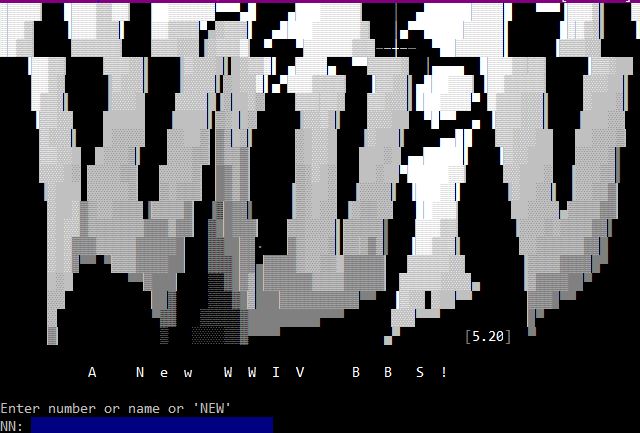 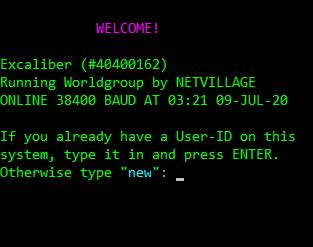 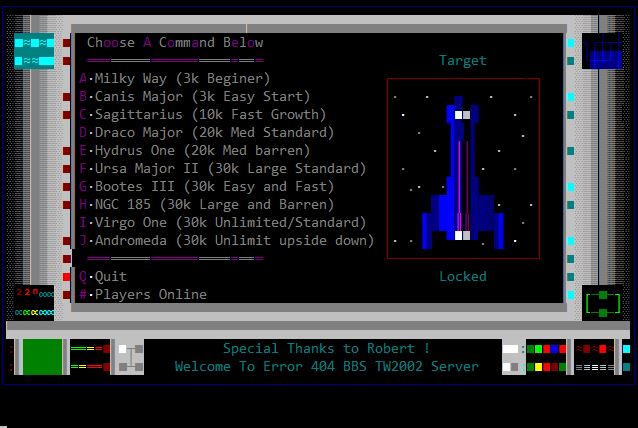 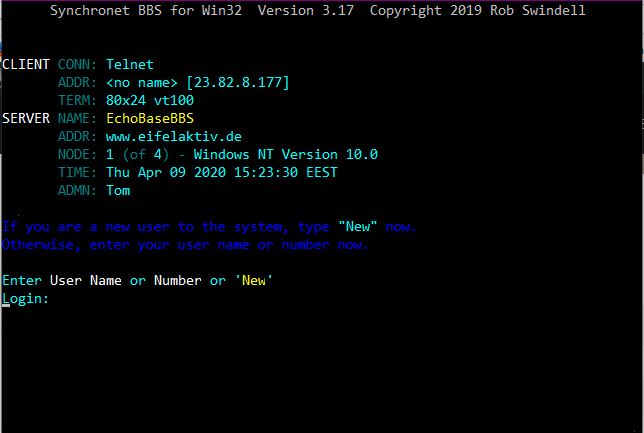 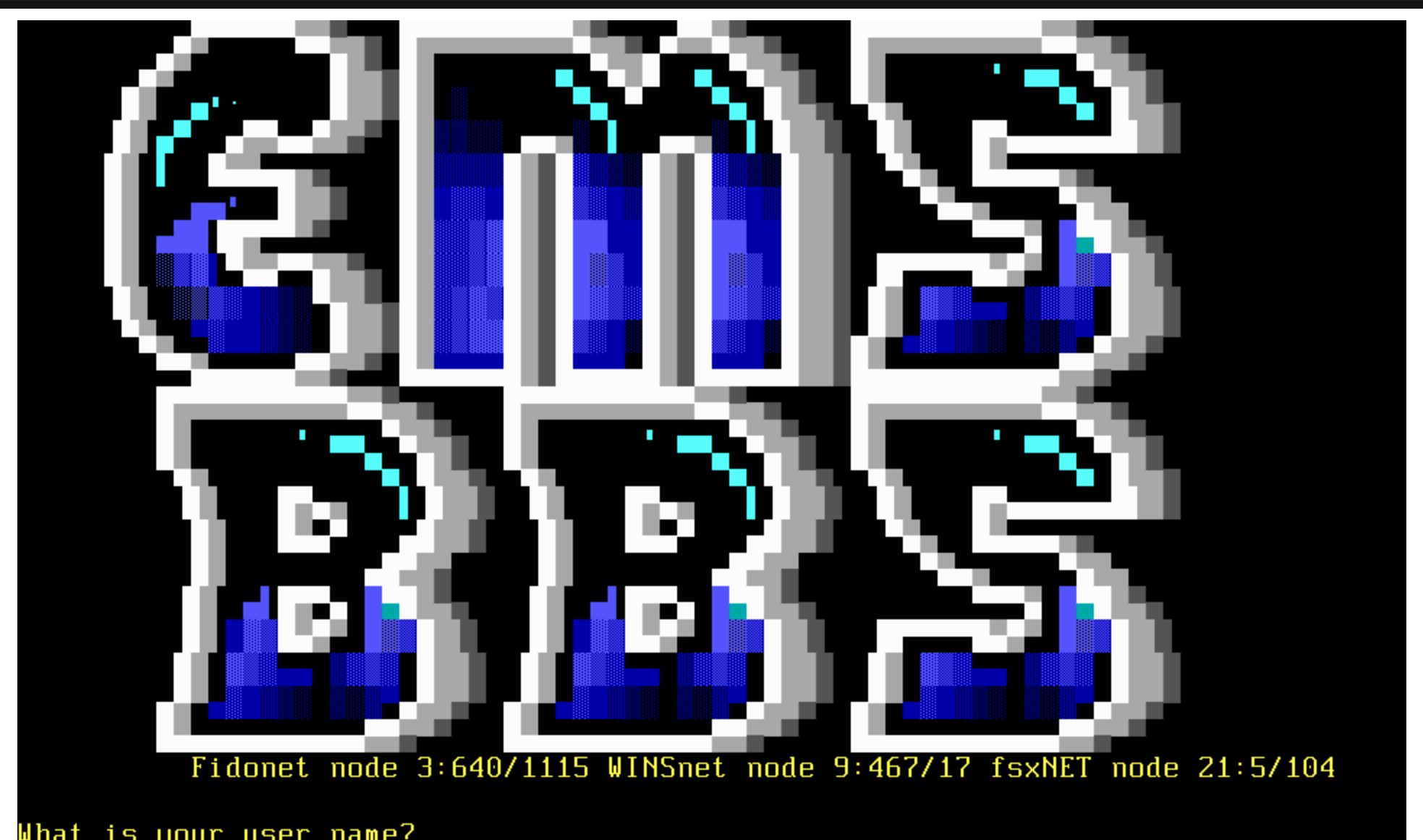 Telnet to EMS-BBS.COM port 24 for BBS and Tradewars and other doors 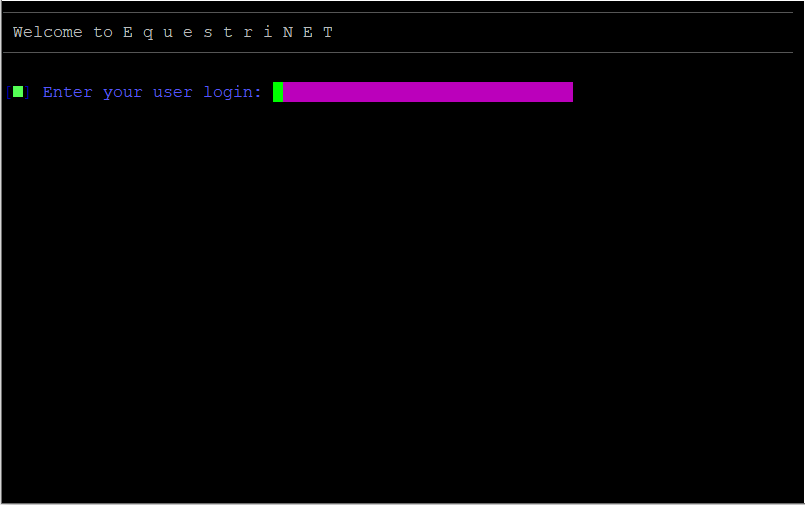 Small BBS system, mainly used as an alternative to my website for ancient computers. 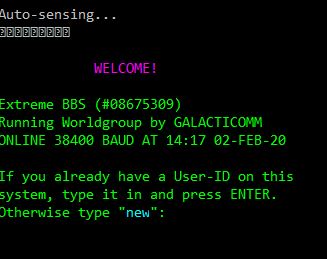 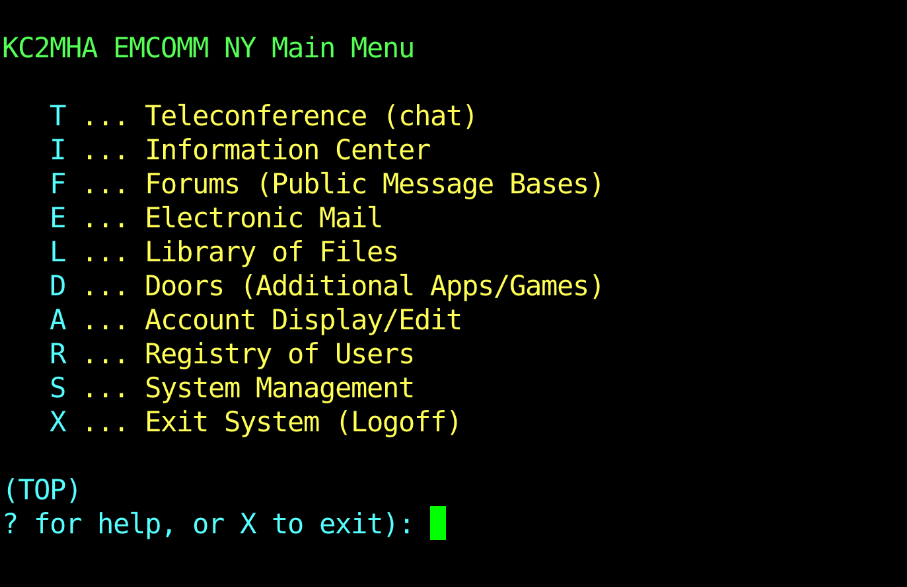 A Synchronet BBS linked to amateur radio packet station KC2MHA.   Users of the ham radio functions limited to those with amateur radio licenses.

The KC2MHA packet radio node can be accessed via the door menu.  The kc2mha packet node runs on bpq32 with radio ports on 145.050mhz, 14.105mhz, telnet and axip Internet links.  Ham radio packet connections can also connect via radio to the EMCOMMNY BBS via the BPQ node main menu.  You just never know who may be lurking and from where!

The bbs menu system is dull downed a bit to accommodate the slow 300-1200 baud radio transfer rates.  Some radio connections taking several digipeater hops to reach the kc2mha node slowing it down even more.

Well it’s been a great year, lots have changed and we welcome all of you to stop by Error 404 BBS. We have great door games to play , loads and loads if files to browse and download, and many message nets. We also offer a vintage T.A.G. bbs for users to check out called Detroit 313. We also offer telnet out to other BBSes from with in our own board by using our custom BBS telnet list. Also you can find us at error404bbs.com (no telnet needed) Stop by and say hello!

Electronic Warfare BBS, like so many other BBSes, first entered service in the early 90′s. During the first year, EWBBS ran Telegard BBS software; thereafter, for reasons which are not forgotten, we switched to Renegade BBS software. Back then, EWBBS provided three message networks, FidoNet, the Paul Revere Network and SGA-Net. The primary mission of EWBBS was (and still is) providing Online Games for its users. The board boasted membership in several Inter-BBS leagues and it racked up quite a large long-distance telephone bill every month. Sadly, as was the case of many other BBSes, our board dwindled away with the advent of the Internet as it’s users lost interest.

EWBBS was brought back online in 1999 but only for a few short months as an Internet Only board. During that period the board was connected to a 64K ISDN Line; it was running Wildcat BBS software on a Windows Platform. I have to say that I did not care much for the Wildcat BBS Software nor the Windows OS. Unfortunately, my dislike of the boards setup and the reality that the boards original users were more interested in the Internet than in BBSing lead to it being shutdown once again.

But since yet another rebirth in 2011 I am excited to be able to provide EWBBS once again, but his time the BBS is running the very popular Synchronet BBS software package. What makes it even more interesting, at least for this SysOp, is that the board is running on an Ubuntu Linux platform located on a very fast and reliable network.   Please consider becoming a regular participant at EWBBS. The more people using it, the more fun it is! 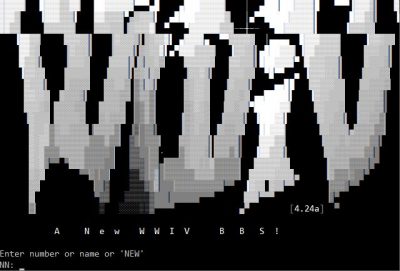 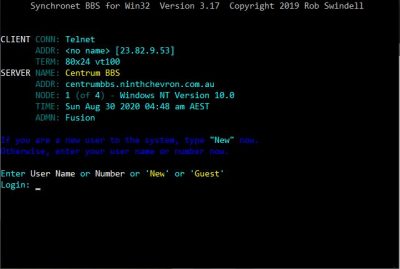 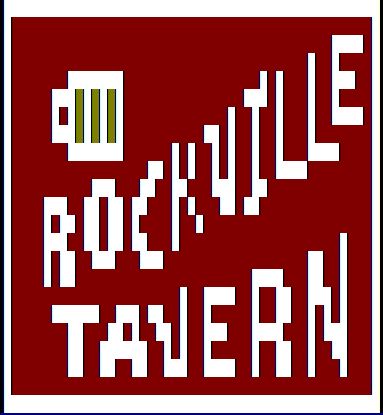 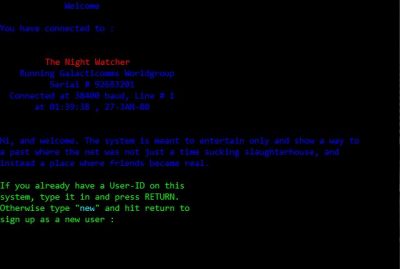 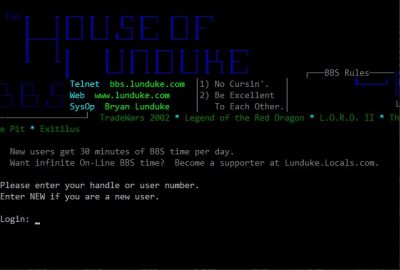 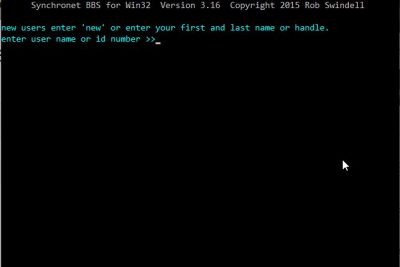 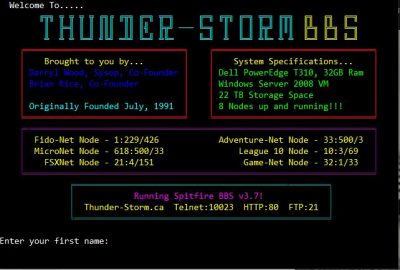 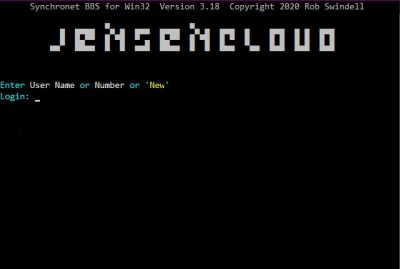 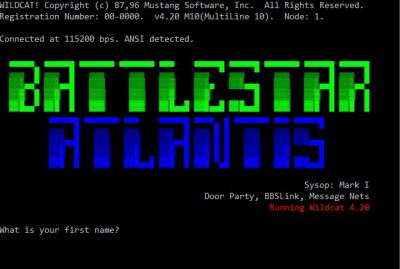 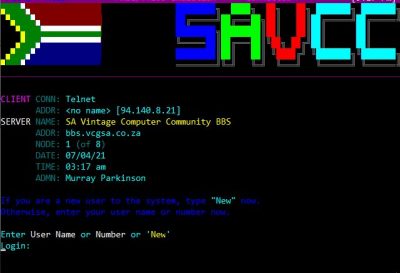 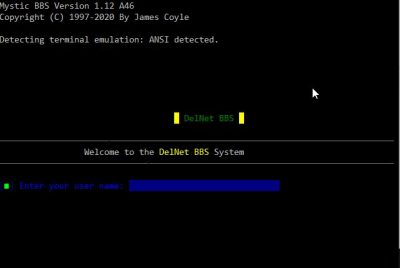